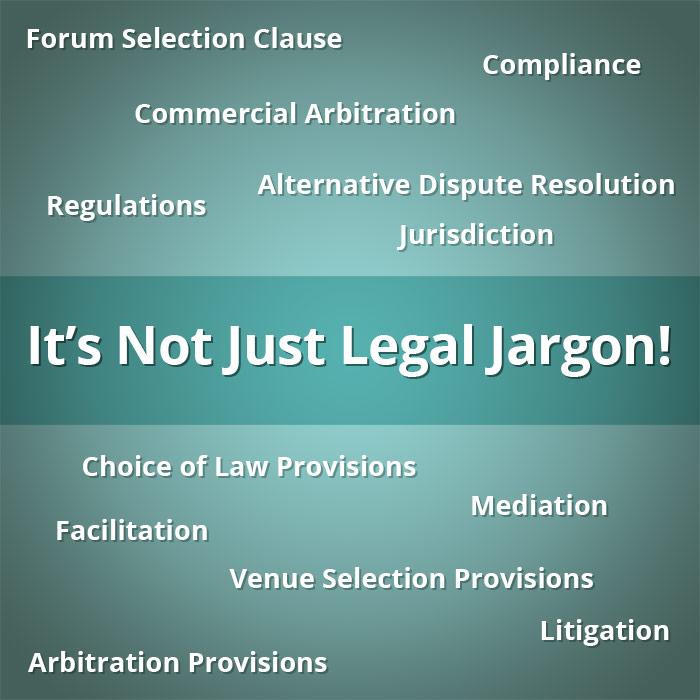 About a month ago, I started thinking about topics to cover in this column and right about the same time I had to upgrade to the latest version of Microsoft Office. As I was installing the software, a message popped up on my monitor that asked me whether I had read and understood the terms and conditions of the software upgrade. I can honestly say that I didn’t spend any more than 3 seconds reading the terms and conditions before I checked the box and proceeded with the installation. Seriously, does the average user actually spend the 10 hours it would take to read the 300-page document? No way! The average user wants to get on with the installation and use the damned software. Somewhere around the “Your installation is 35% complete” mark, the topic of this month’s article became clear.

The adult industry is no different than any other industry: Every adult business is engaged in the process of being a party to a contract on a daily basis. The subject matter of the contract may change but ultimately the contract contains some very important provisions that are often overlooked as being “legalese” and not as important as the payment section. In this article I will be discussing the importance of understanding, 1) Choice of Law Provisions; 2) Venue Selection Provisions and 3) Arbitration Provisions. In no way am I saying these are the only provisions of a contract that you should review. Every word and letter of any contract should be fully read and understood (with exception, of course, being Microsoft Office’s terms and conditions). For each of the three contract provisions that I have selected to discuss, I will provide an example for illustration purposes.

Choice of Law Provisions
Example: This contract shall be construed and interpreted in accordance with the laws of the State of California.

Each country has its own laws and regulations; then within each country, each state, province or territory has its own set of laws and regulations in addition to the country’s federal laws. In the United States, the laws in each of the 50 states and the various U.S. territories are different. While many of the states might have similar or even identical laws, there are differences that are significant. Similarly in Canada, the laws of each province are different (in fact, the laws of the province of Quebec are in many situations in a world of their own). The goal of a Choice of Law Provision is to definitively determine which jurisdictional laws will govern and control the contract.

In the adult landscape most businesses are engaged in multi-state transactions and international transactions, so the importance of the Choice of Law Provision becomes that much more relevant. Not having a Choice of Law Provision can be very dangerous because ultimately a court or third-party may have to decide what set of laws will apply to your contract. Further, agreeing that a contract will be governed by a certain jurisdiction’s laws without fully understanding that jurisdiction’s laws or without consulting with a lawyer familiar with that jurisdiction’s laws can be especially dangerous. Remember that in the adult landscape certain jurisdictions have laws that may not be favorable to your cause.

Forum Selection Clause
Example: Any dispute or controversy arising out of this contract shall be litigated exclusively in the courts located in Orange County, Florida.

Just because a contract contains a Choice of Law Provision, like the example I used earlier in this article, does not also mean that the jurisdiction selected in the Choice of Law Provision must also be the physical place that your matter is actually heard. In my earlier example, the Choice of Law Provision specifies that the laws of the state of California apply; in my Forum Selection Clause example, it specifies that the courts located in Orange County, Florida, will be where any dispute gets litigated. While it may seem odd that a case involving California law is being heard in Florida, this is actually very common and happens in courtrooms all across the world every day. In my opinion, the Forum Selection clause in the adult landscape is one of the most important provisions of any contract. Before signing any agreement you need to be completely aware of where a case will be heard if a dispute arises.

Recently, I received a telephone call from a potential client who wanted to sue a content provider for failing to provide content pursuant to the contract entered into between the parties. The potential client wanted to sue in his home state, and I asked him to send me a copy of the contract. Upon reading it, I found the contract contained a Forum Selection clause that indicated all claims were required to be filed in the District of Columbia. My potential client was shocked and disappointed when he learned the costs associated with filing a lawsuit in the District of Columbia and realized that he would have to travel more than 2,000 miles to take part in each court hearing and deposition. I asked the potential client if he had read the contract prior to signing it, and he responded by telling me that he had but only skimmed the “legal mumbo jumbo.” The “legal mumbo jumbo” is often times the most important part of any contract and should not be skimmed or glanced over.

Due to the particularly sensitive nature of adult content, it is essential to be aware of jurisdictions that may not be favorable to your position or the adult industry as a whole. I can assure you that selecting the courts located in Polk County to decide your adult-business-related case may not yield you very good results. At a minimum, when selecting the forum in which disputes will be adjudicated, you need to carefully consider the laws, political landscape, geographical distance and legal costs associated with that forum. If you live in Los Angeles, it’s probably a bad idea to agree to have your disputes heard in New York City. The distance and legal costs alone would create an unbearable expense.

Arbitration Provision (Short Form)
Example: In the event of any dispute between the parties which arises under this contract, such dispute shall be settled by arbitration in accordance with the rules for commercial arbitration of the American Arbitration Association in effect at time such arbitration is initiated. A list of arbitrators shall be presented to the Claimant and Respondent from which one will be chosen using the applicable rules. The arbitration proceedings shall be conducted in the City of Detroit, Michigan, unless both parties consent to a different location. The decision of the arbitrator shall be final and binding upon all parties.

Today’s judicial system presents numerous alternative dispute resolution (“ADR”) options. ADR presents a different method of resolving conflicts outside of the court system. Mediation, facilitation and arbitration are three of the most common forms of ADR that are used regularly. Arbitration is a process whereby a third party arbitrator or third party arbitrators (depending on the number of arbitrators selected) are presented with the facts and evidence of a dispute and then the arbitrator(s) render a decision that can be enforced in the courts (if necessary). Arbitration in most instances is binding and an arbitrator’s award can only be set aside in a very limited set of circumstances. Arbitration has grown more popular for several reasons: it costs less than courtroom litigation, takes less time, provides a more private atmosphere, and offers more flexible remote participation options, just to name a few. Remote arbitration through video telecommunication services makes it possible for dispute resolution across great distances with more limited expense than the courts.

Arbitration is not for everyone, and some people prefer to have their disputes resolved in the courts. Once an arbitration decision is rendered, the parties are generally stuck with that decision, without a right to appeal (unless a very limited set of circumstances existed during arbitration, such as fraud on the part of the arbitrator[s]). Some people do not like arbitration because they believe that it encourages parties to fight about something where a dispute otherwise could have been avoided, and others simply do not like the idea of having limited avenues to appeal. Either way, arbitration must be carefully considered in conjunction with the nature of the contract.

Reading contracts can be boring and frustrating but should not be taken lightly. “Legalese” is there for a reason and should not be simply glossed over. Always completely understand what you are agreeing to, even if you need to spend a few extra bucks hiring a lawyer to help you. At the same time, Choice of Law, Forum Selection and Arbitration provisions are excellent tools that can help keep your legal costs down in the event of a dispute. In the adult industry, it is essential that you stay out of the areas and away from the laws that could hurt you and cost you more money in the long haul.

Please keep in mind that Choice of Law, Forum Selection and Arbitration provisions have differing rules in each jurisdiction that need to be followed in order to be found enforceable. It is always better to consult with an attorney to ensure that you are complying with applicable law.