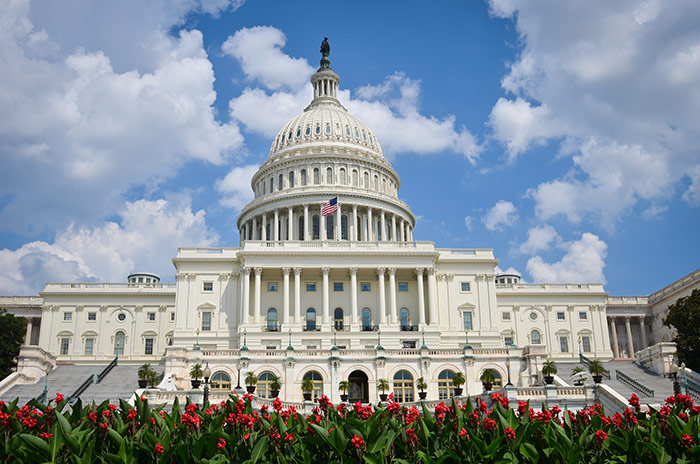 This edition included an article written by adult industry attorney Corey D. Silverstein that discusses the Consolidated Appropriations Act of 2021 and its various components that have immediate implications for the adult entertainment industry. Adult industry lawyer Corey D. Silverstein talks about new United States Federal law including the CASE Act, the Protecting Lawful Streaming Act of 2020, and the Trademark Modernization Act.

Here is the full text of the article:

The Hidden Pieces of the Consolidated Appropriations Act, of 2021 that Affect You Now!

COVID-19 has changed the world forever. 1.9 million people have died worldwide, including 361,000 of the deaths occurring in the United States. Families across the world have experienced and are still experiencing incomprehensible amounts of irreparable physical and emotional pain. My heart breaks for all of those suffering.

COVID-19 has also decimated the job market and the economy worldwide. Tens of millions of jobs have been lost, businesses have been temporarily or permanently shuttered and people have been left in financial ruin. Some businesses have had to completely restructure themselves just to survive.

In the United States, unemployment claims have reached record highs and people have actually been begging the government for financial assistance. Although it took far too long, in the final days of 2020, President Donald Trump signed the omnibus Consolidated Appropriations Act, 2021, which includes a $908 billion stimulus package into law. The bipartisan package provided much needed financial assistance to so many, but unfortunately once again, politicians used the stimulus package as leverage to push through some very controversial laws.

Politicians and certain media outlets want the American public to believe that this $908 billion stimulus package was only about providing money, healthcare and assistance to those in need but unfortunately many politicians from both sides of the aisle used the stimulus package as nothing more than a bargaining chip to push through various laws, many of which have been met with substantial resistance and may not have been able to become law as stand-alone bills.

Case in point – bundled into the relief bill is a provision that required the United States Department of Energy to issue a report in 6 months on how much carbon must be removed from the atmosphere by 2050. Seriously??? Instead of putting additional funds and government resources into people and businesses that need them most, the government chose to allocate a portion of the funds to a worthless pollution study.

The remainder of this article will focus on some of the controversial laws that very quietly became enacted and pose immediate ramifications to the entire online entertainment industry.

I. The CASE Act

The CASE Act creates a strange quasi-tribunal of “Copyright Claims Officers” run by the US Copyright Office that would allow copyright holders to go after alleged copyright infringers outside of United States Federal Courts. Many experts have referred to the CASE Act as the creation of a small claims system for copyright claims. Damages are capped at $15,000 for each work infringed, and $30,000 in total, with each party responsible for their own attorney fees. Critics of the CASE Act argue that it lacks opt-in consent for all parties, lacks adequate safeguards against abuse and robs parties of the appeal process. Most alarming is the fact that the Copyright Office itself will now be empowered within its own “small claims court” to adjudicate, interpret the law, reach legal conclusions and assess punitive damages. The very notion of taking power away from the judiciary and giving it to the very administration that is responsible for issuing or declining copyrights is truly disturbing. The CASE Act will surely be weaponized by copyright trolls looking to extract quick settlement dollars from unsophisticated targets. The CASE Act has been highly (and rightfully) criticized and unfortunately lawmakers used the stimulus package as an opportunity to fast-track the act and silence its critics.

Senator Thom Tillis, the sponsor of this bill, created new law that classifies illegal streaming as a felony. Prior to this act, streaming unlicensed content was a misdemeanor offense and for the most part copyright holders would file civil lawsuits against websites that broadcasted content without the lawful right to do so. However, now the federal government will have the ability to investigate and prosecute the operators of these type of websites with the threat of prison time. Anyone convicted could be imprisoned up to 10 years for multiple offenses. The law specifies that it doesn’t apply to “individuals who access pirated streams or unwittingly stream unauthorized copied of copyrighted works”. Instead, the law is focused on “commercial, for-profit streaming piracy services” or websites that operate as “digital transmission service[s].”

The Trademark Modernization Act makes numerous changes to the Lanham Act including: 1) allowing third parties to submit evidence to the USPTO during the examination phase of an application, under certain circumstances, to encourage the USPTO to refuse registration on the ground that claims of use in the application are inaccurate; 2) allowing third parties to submit evidence in ex parte re-examination and expungement proceedings, seeking to cancel registrations for non-use; and 3) provides plaintiffs seeking an injunction with a statutory rebuttable presumption of irreparable harm, thus significantly lessening the evidentiary burden – with this change, trademark Plaintiffs are celebrating and are going to be more encouraged to litigate their claims.

It is going to take quite a bit of time to see how all of these new laws shake out. It’s certainly possible that some of these new laws have positive results but the fact that politicians used one of the worst catastrophes in human history and the desperation of people suffering to push through laws faster and with lesser resistance is a shame and unethical.

If you are an online operator of any kind then I highly recommend that you speak to your legal counsel to get an understanding of how these new laws may or may affect you.

This article does not constitute legal advice and is provided for your information only and should not be relied upon in lieu of consultation with legal advisors in your own jurisdiction. It may not be current as the laws in this area change frequently. Transmission of the information contained in this article is not intended to create, and the receipt does not constitute, an attorney-client relationship between sender and receiver.

Join attorney Corey D. Silverstein for a pro/con discussion about the current state of crypto…