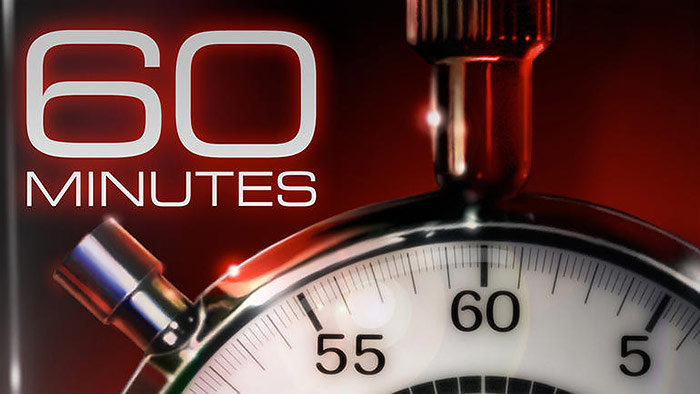 CBS News has posted the transcript of the Stormy Daniels interview from her “60 Minutes” interview with Anderson Cooper.

Industry attorney Corey Silverstein said that this case is “undoubtedly going to be a legal nightmare for both sides.”

“On one hand you have the sitting president of the United States being accused of carrying on an extramarital affair that allegedly took place 12 years ago with an adult entertainment performer and then attempting to cover up the affair through alleged pressure and threats,” Silverstein told XBIZ.

“On the other side you have an individual who faces the social stigma of being an adult entertainment performer admitting that she has repeatedly lied about the affair, was physically threatened and admits that she received a large cash settlement as part of a hush agreement.

“In the middle of all of this we have Mr. Trump’s licensed attorney admitting that he actually personally paid Stormy the settlement money and Stormy’s attorney seems to have some past involvement in democrat motivated politics,” Silverstein said. “Moreover, we now have a revelation that Stormy may actually possess written proof of the affair contrary to the requirements of the “hush agreement.”

“There are only two people on this planet that know the absolute truth of what happened here and those two people are Mr. Trump and Stormy — I highly doubt that this legal process will lead to the public getting the ‘real truth’ of this ordeal. Regardless, this situation will continue to make headlines for years to come.

“Mr. Cohen’s legal career is most certainly over, and it is doubtful that he would survive disbarment proceedings if not criminal prosecution.”

Some of the more interesting exchanges between Anderson Cooper and Stormy Daniels included:

Reporter Anderson Cooper started the interview with, “For sitting here talking to me today you could be fined a million dollars. I mean aren’t you taking a big risk?”

Daniels said she was taking a big risk and noted, “[it] is part of wanting to set the record straight.”

“[P]eople are just saying whatever they wanted to say about me, I was perfectly fine saying nothing at all, but I’m not OK with being made out to be a liar, or people thinking that I did this for money and people are like, ‘Oh, you’re an opportunist. You’re taking advantage of this,’” she said.

“Yes, I’m getting more job offers now, but tell me one person who would turn down a job offer making more than they’ve been making, doing the same thing that they’ve always done?

“I was not a victim. I’ve never said I was a victim. I think trying to use me to — to further someone else’s agenda, does horrible damage to people who are true victims.”

Then the conversation turned to the alleged encounter between Trump and Daniels that apparently occurred in Lake Tahoe.

“[He] turned around and pulled his pants down a little — you know had underwear on and stuff and I just gave him a couple swats,” she told Cooper.

Cooper asked, “You were 27, he was 60. Were you physically attracted to him?”

Daniels said no, and then said the alleged sex was consensual.

“You work in an industry where condom use is an issue. Did he use a condom?” Cooper asked.

“No,” she said. “He said that [sex] was great, [and that] he had a great evening, and it was nothing like he expected, that I really surprised him, that a lotta people must underestimate me — that he hoped that I would be willing to see him again ….”

“So, he definitely wanted to continue to see you,” Cooper asked.

“Oh, for sure. Yes,” she said. “And this was not a secret. He never asked me not to tell anyone he called several times when I was in front of many people, and I would be like, ‘Oh my God, he’s calling.’

“Did you have sex with him again?” Cooper asked.

“No,” she said. But later, “he came and sat next to me and, you know, touched my hair, and put his hand on my leg, and referenced back to how great it was the last time.”

“You feel like if you had wanted to go public, you could have gotten paid a lot of money to go public,” Cooper said.

“Without a doubt. I know for a fact. I believe, without a shadow of a doubt, in my heart, and some people argue that I don’t have one of those, but whatever, that I was doing the right thing,” she said.

“I turned down a large payday multiple times because one, I didn’t wanna kiss and tell and be labeled all the things that I’m being labeled now. I didn’t wanna take away from the legitimate and legal, I’d like to point out, career that I’ve worked very hard to establish. I don’t have a million dollars,” she said.

“How do we know you’re telling the truth?” Cooper asked.

Because “I have no reason to lie. I’m opening myself up for, you know, possible danger and definitely a whole lot of shit,” Daniels said.

To read the full XBIZ.com article you can click here.

Silverstein Legal is very proud to announce that for the first time ever, Internet Attorney,…